Today's smartphone scene is one of fierce competition and breakneck growth. Rarely though do announcements get any bigger than this. The Nokia N9 seemed forever stuck in rumorland, but never lost its grip on users' minds. The handset is rightfully enjoying as warm a reception as it would have had if it had been announced a year ago.

We got our hands on this baby today, and although our meeting was brief, it was enough for it to earn a special place in our geeky hearts. The Nokia N9 is an excellent device based on an exciting UI concept and boasting some sleek hardware. But what casts doubt on it is the claim that it represents a dead end in the smartphone tree of evolution.
Posted by yf at 09:18 1 comment:

The Yendo paved the way for full-touch feature phones in Sony Ericsson's lineup and now the txt pro is coming to cement their position. It puts a slide-out QWERTY and SNS features in the palm of your hand and includes Wi-Fi connectivity for cheaper (and faster!) Internet access.
Posted by yf at 09:08 1 comment:

We've got our Superman -- now we need the woman who melts his heart like kryptonite.
With Henry Cavill tapped to play the Man of Steel in the upcoming Zack Snyder/Christopher Nolan 'Superman' reboot, the question has become who will play Lois Lane? Luckily, there's no shortage of choices or, indeed, rumors.
For a while, it seemed that Kristen Stewart had the role on lockdown, but after meeting with Snyder, she turned down the opportunity, seeking instead smaller, more independent films in the wake of her massive 'Twilight' success.
So where does that leave us? Mila Kunis is being spoken about as a possibility, while Olivia Wilde's name has been raised, as well. Here's a list of all the rumored candidates -- vote for who you think would make the best Lois Lane.
For reference, Kate Bosworth played Lois Lane in the 2006 film 'Superman Returns,' while Margot Kidder took on the role in the 1970s and 80s film franchise.
Posted by yf at 08:17 1 comment: 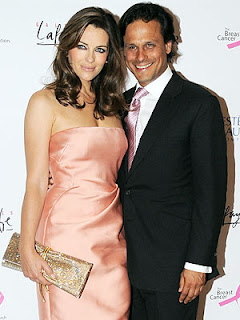 In papers filed in London's High Court, the Estee Lauder spokesmodel reportedly blamed Nayar's "unreasonable behavior" for the split, though it was Hurley's own behavior that grabbed headlines in December, when photos emerged of her kissing Australian cricket star Shane Warne outside a London restaurant.

At the time, the model-actress took to Twitter to explain: "For the record, my husband Arun and I separated a few months ago. Our close friends & family were aware of this."
Posted by yf at 22:00 1 comment: